Home » Mom Life » Learning to Go With the Flow

When I was pregnant with Lily I told myself I had to become a go with the flow kind of person. Surely there would be times when things don’t go according to plan. Plus, how could I possibly schedule around three small children?! While I had all the best intentions throughout my pregnancy with her and the first few months of her life to roll with it, I have recently come to the realization that there’s no faking it: I am NOT one that can go with the flow. Or at least I only can for a total of 24 hours. And here’s why:

Last week and weekend was a busy one for Ted. Not only was he gone most days/evenings, he left the state for a bachelor party with friends. For about one month I had a plan in place to spend time with my parents and my brother-in-law, you know, kept the schedule packed so I wouldn’t be alone with my trio. But guess what? That plan went out the window when Nana got sick and Uncle James had a major deadline at work come up.

Upon hearing the news life wouldn’t go as planned when my major support system was for a better term, unavailable, I had a meltdown. A Mom meltdown one might call it. My ugly cry lasted a good hour and then I realized I had to snap out of it. If not for my children, for my neighbors who may have heard my cries. I tried my best to just go with it. To tell myself that hey, four days with the kids and their Mommy would be an adventure! We could DO this! Um but 4 hours in and that ugly cry later, I knew I needed back-up. A new plan I could go with despite the understanding that every day would likely be very different. And with that, I leave you with this photo dump of what, when, and where life went when I was trying to just go with it as Mom while Dad was out of town.

Admittedly this is the most my iPhone camera has been used in a few day period. I think I was trying to tell myself I would be OK, and document the fun [ha!] as we went along. Now that I’ve lived to write this blog post, I realized there’s a lot that goes into single parenting. And that I appreciate all Ted does when he is home. I should probably share those words more often…

So tell me: What do you do when things don’t go according to plan? Have you learned to go with the flow?! 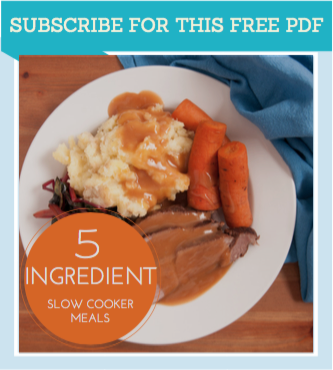